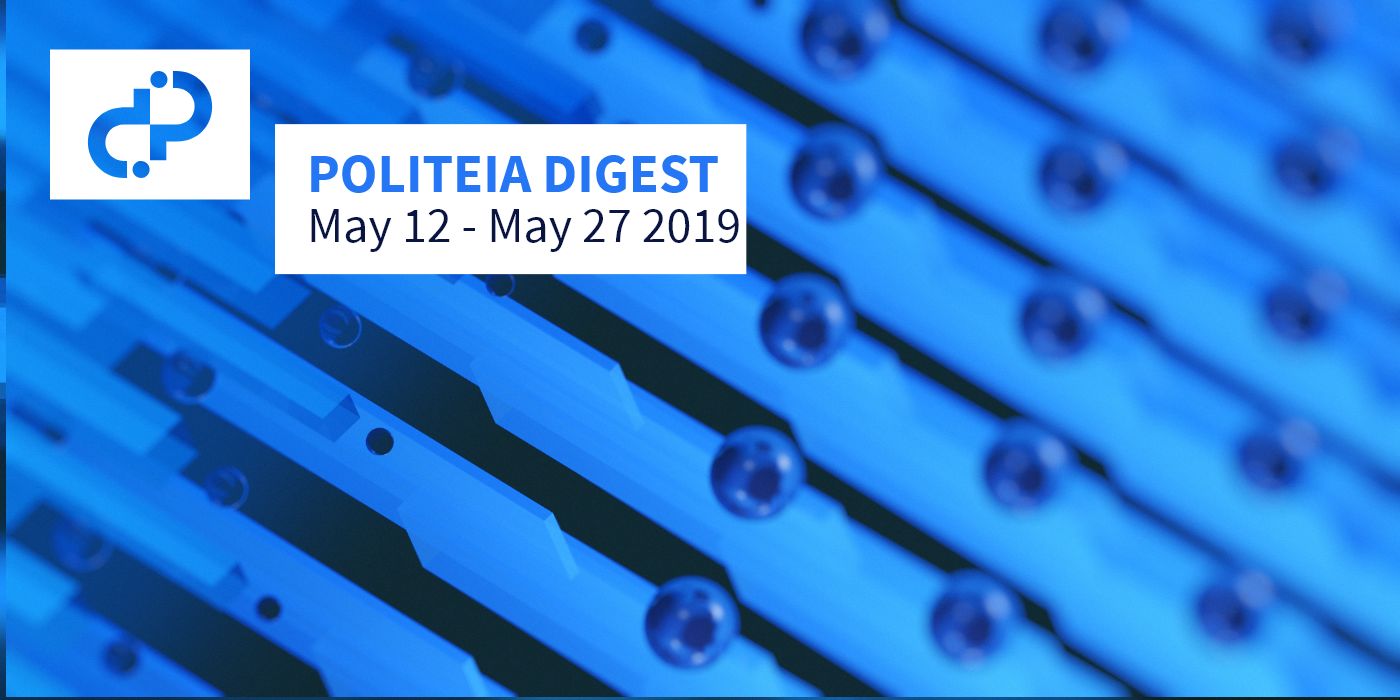 Published May 27 by betterfuture - 0 comments

This proposal seeks to establish a Decred Evangelist pilot program for 12 months, through which Evangelists are recruited and incentivized to find co-development partners and set up “BD (Business Development) deals”. These deals would involve co-development on a Decred use case, with funding from the partner matched by Treasury funding, and possibly ongoing royalties or license fees paid by the partner to the Treasury. Evangelists would establish contact with prospective partners and aim to negotiate a deal which could then be proposed on Politeia. For co-development projects approved on Politeia, the Evangelist who negotiated the deal would receive 10% of any monies paid by the partner to the Treasury.

The proposal requests $114k for the program, with $18k designated for designing the portal, and $96k to fund its administration for a year ($5k/month for @betterfuture, $3k/month for support staff). Decred Evangelists would apply for positions through the portal and be approved by @betterfuture.

Recap: This proposal requests 40 DCR for writing an article about Politeia and the proposal submission process, with another 60 DCR to be paid if placement can be secured in a top tier publication.

@jer979 edited the proposal in response to requests for clarification about what “Tier 1” meant, specifying VentureBeat or CNBC as the target publications which would warrant the payout of the additional 60 DCR.

@Dustorf commented shortly after voting opened to express support for @jer979 and the proposal. In early voting the proposal had around 60% Yes votes. This prompted a post on reddit criticizing the proposal. @fiach-dubh replied to the post with some criticism of @jer979 and the proposal, which they were encouraged to also post as a comment on Politeia. The comment highlighted @jer979’s previous engagement with IOTA, and specifically a post written by @jer979 which used the term “libel” in relation to someone’s responsible disclosure of a vulnerability in IOTA. The comment also provided global rankings for CNBC (690) and VentureBeat (11,315), and suggested that these targets may be a bait and switch. @jer979 responded with some context about their time at IOTA and in the blockchain space generally. This appears to have persuaded @fiach-dubh to support the proposal, although @Dustorf has changed his mind about supporting the proposal.

A number of high-scoring comments on Politeia and reddit question the merit of paying for this kind of single article relationship. Other commenters see it as a reasonable cost to experiment with a new angle for raising awareness of the project.

@jer979 suggested in several comments that they would be open to, or in fact prefer, an alternative method whereby stakeholders could determine how much of the “bonus” 60 DCR the article merited. The request for payment in DCR was also identified as a problem by @jy-p, prompting a discussion about the reasons why contractor payments are denominated in USD, the merits of offering different modes of payment, and the issues which could arise from the added complexity of doing so.

Recap: This proposal describes a way to decentralize control of Treasury spending by subjecting each month’s outgoings to a stakeholder approval vote. Each month, Politeia’s operators would process invoices from contractors to prepare a draft Treasury transaction for that month. Stakeholders would then vote on chain to approve or reject this transaction. The proposal observes that, were the voting for these transactions to occur off chain, as with other Politeia proposals, the operators of the Politeia platform could manipulate the vote outcomes by not counting some of the votes - and therefore the decision was made to conduct the voting on Treasury spends on chain.

It should be noted that 15 duplicate votes made it into the Politeia journal repository (and as such are included in the numbers above). This was due to a bug with how incoming votes are checked against the memory cache, with concurrent votes being added before the cache was re-checked. The bug was identified as soon as the first duplicate vote was submitted and has now been fixed. There have been no duplicate votes that made it into the repository for any other proposal.

The amended Decred constitution is now in place.

The proposals site was updated on May 21. Front end changes include an improved proposal list view, continuous loading of proposals while scrolling, and no more redirect when session expires - now a login modal window will pop up. The backend saw performance improvements and bug fixes, changes to the user database, and an updated API endpoint that allows non-admins to look up userID/username by public key. The userID/username lookups will allow for data about user comments and votes to be organized by user account rather than public key.

Some additional bugs have been identified and resolved - these related to the inaccurate display of voting figures on proposals.decred.org (the repository data was still accurate).

As part of the front end improvements, the All Proposals tab has been removed. I was using this tab to produce graphical snapshots and now it is more difficult to make them. The data presented in Politeia Digest comes from the Politeia data repository, so in future the issue’s snapshot will reference a particular commit to anchor it in time.

Content for this edition was authored by @richardred with contributions from @bee and @s_ben.