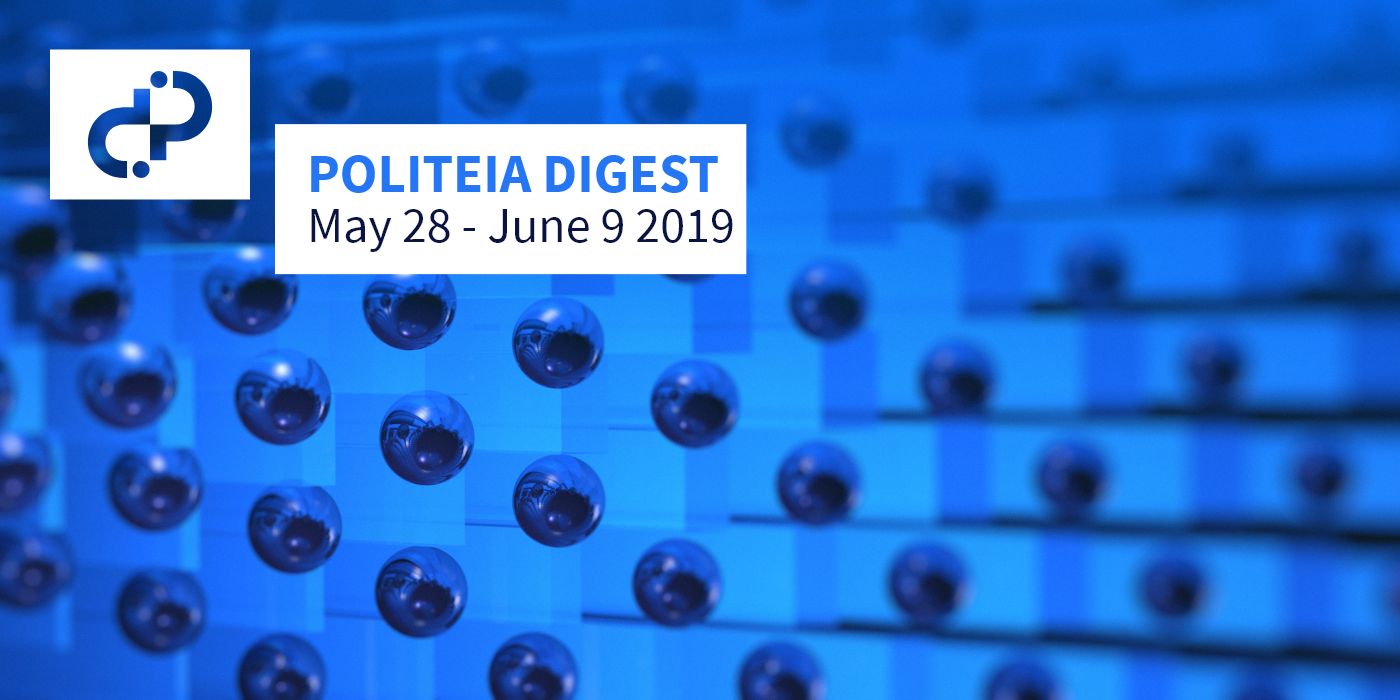 This proposal seeks to continue retaining Ditto’s services for $25k/month in DCR. It presents a recap of the last 6 months and lays out a 5 point plan for the next 6 months:

Comments are generally supportive of Ditto’s efforts, and appreciative of how Ditto staff have conducted themselves and reported to the community. One top comment asks about how Ditto’s performance should be measured, and what the claim of increasing Decred’s awareness and visibility is based on, with @lizbagot replying to say that it is based on anecdotal evidence, and offering suggestions for useful metrics going forward. Another top comment criticizes Ditto’s approach as being too US-centric, and asks what can be done to improve Decred’s profile in non-English-speaking countries.

This proposal presents a change to the consensus rules (block header commitments) that would improve the security and performance of Simplified Payment Verification (SPV) or lightweight clients (as used on phones). The proposal is composed of two parts: a high-level overview which covers the pros (improved security and performance of SPV, enabling of future scalability) and cons (lightweight clients would need to be updated, full nodes would be required to support the commitments), and a section with more technical details. If the proposal passes, a DCP formalizing the rule change will be produced (at a cost of up to $20k) and put to an on-chain vote. Comments are mostly asking questions about the detail of the proposal or which additional functionality these commitments could support. An important point made in comments is that Decred’s upgrade voting process allows for this “hard fork” change to be implemented in the most efficient and straightforward way, whereas Bitcoin’s BIP 158 has to take a more convoluted approach so that it is achievable with a “soft fork”.

This proposal seeks to continue funding the research program with $20k, estimated to last for 6 months. The proposal includes a report on the first 6 months of the research program, linking to projects on Pi research, cryptocurrency governance, and git(Hub) analysis. For the next phase, the idea of having a proposal for collecting and voting on research ideas would be dropped in favor of participants in the research program deciding which subjects it should cover themselves. Comments with research ideas are invited on the proposal itself, and @oregonisaac provided some suggestions about Lightning Network research and looking into SourceCred.

This is the next stage after the approved DEX proposal, which is about creating a full RFC-style specification for all of the processes involved, before any code is written. Several established contractors have agreed to work on this specification, which is estimated to take around 2 months, at a cost of $20k or less. This specification would then form the basis for a further proposal by a set of developers to build the DEX according to that specification. Comments express support for the DEX and how it is being proposed in pieces, while others consider the degree to which UX should feature in the specification.

Recap: This proposal seeks to establish a Decred Evangelist pilot program for 12 months, through which Evangelists are recruited and incentivized to find co-development partners and set up “BD (Business Development) deals”. These deals would involve co-development on a Decred use case, with funding from the partner matched by Treasury funding, and possibly ongoing royalties or license fees paid by the partner to the Treasury. Evangelists would establish contact with prospective partners and aim to negotiate a deal which could then be proposed on Politeia. For co-development projects approved on Politeia, the Evangelist who negotiated the deal would receive 10% of any monies paid by the partner to the Treasury. The proposal requests $114k for the program, with $18k designated for designing the portal, and $96k to fund its administration for a year ($5k/month for @betterfuture, $3k/month for support staff). Decred Evangelists would apply for positions through the portal and be approved by @betterfuture.

Comments on the proposal raise questions about whether Decred needs this kind of BD team now, and whether the proposal structures this team in a way which fits with the rest of the project. The prospective “BD deals” that stakeholders could expect this program to produce are largely unknown, and one high scoring comment dismisses many “partnerships” announced by other projects as having little value, and not something Decred should pursue. One problem identified with how the proposal is structured is the method of selecting BD evangelists and deciding whether to retain them. The absence of a legal entity which could enter into contracts with prospective partners is also identified as an issue with the proposed plan. The prospect of partner organizations sending money to the Treasury is also identified as problematic. The gist of these comments is that independent contributors might be better placed to set up the kind of deals the proposal envision. @betterfuture provided long and detailed responses to all of the comments, and then edited the proposal to say they intend to abandon it and re-submit as two separate proposals based on community feedback.

An update about the Bounty program on May 15 was missed in a previous issue. This update stated that 49 submissions had been processed with 7 eligible for a payout.

A poll about the Politeia approval threshold was posted on reddit. A post asking why Decred is paying for a PR agency while not having a marketing agency also appeared on reddit.

Content for this edition was authored by @richardred with contributions from @bee, @s_ben and @davecgh