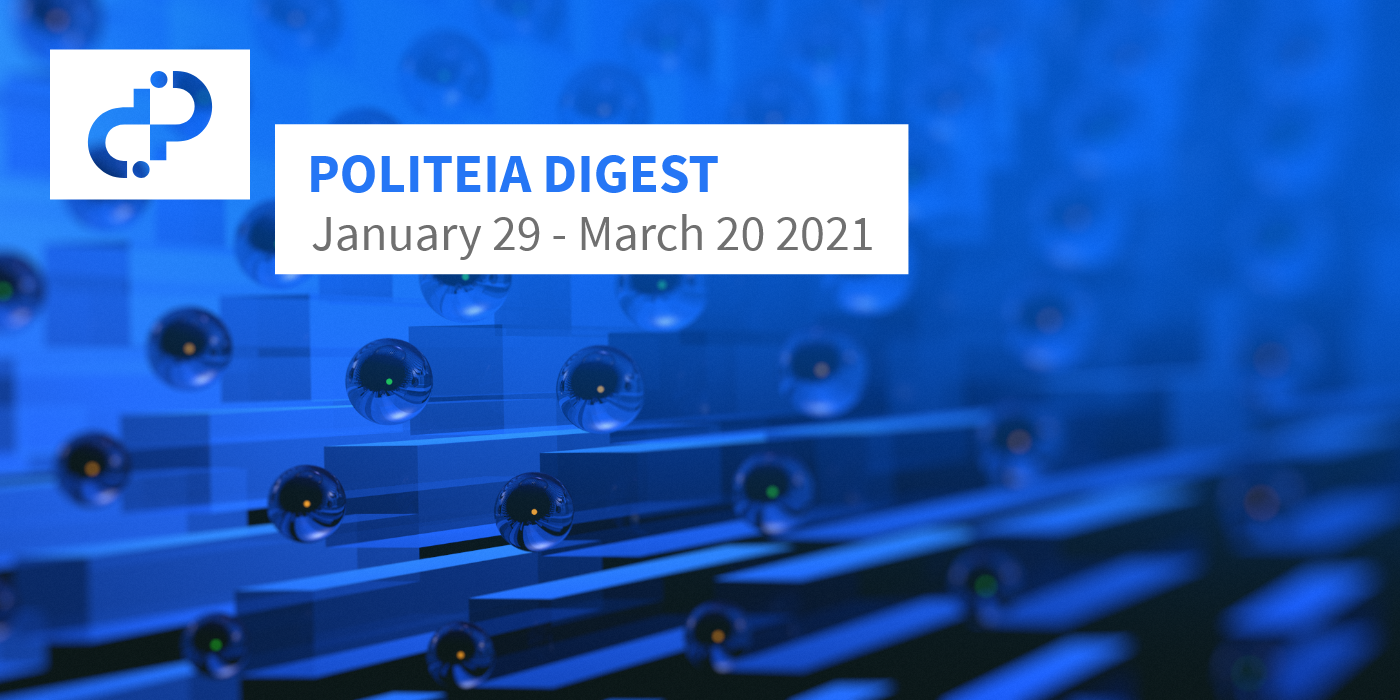 This proposal requests a maximum budget of $16,500 to cover 11 months of work, with an estimate of $8,800 for the amount that will be billed in the period. This is a renewal of a previous proposal, which passed with 73% approval. The proposal lists moderators on various platforms and the expected and maximum budget for moderation activities on each platform, while noting that some moderators do not ask for payment and on some platforms (Reddit) they aren’t allowed to be compensated. With voting already more than halfway through, this is the proposal with the least comments, just 3 - they’re all positive but 2 are from the same commenter and the other is a reply from @bee.

This proposal requested a budget of $40,000 for continued funding of the Decred Open Source Research Program, which completed its third phase at the end of 2020. The main outputs from the third phase were the cryptocommons.cc book revision and on-chain research. The proposal for 2021 sees the established projects continue and a new Decred data tracking initiative led by @bee with its own budget of $9,150 incorporated within the broader open source research.

Comments on the proposal are generally supportive but ask questions about the value it delivers, with the $10,000 maximum for research on subjects “not directly relevant to Decred” drawing some criticism.

This proposal requests funding of up to $39,000 ($34,000 estimated) for production of the Decred Journal and Politeia Digest in 2021 - Politeia Digest accounts for 17% of the budget. The proposal also takes on funding for the graphics that go into these publications, which had previously been covered by the approved Design proposal.

Every one of the six comments on the proposal is praise for the Journal.

This proposal set a new record for number of Yes votes on a proposal!

Recap: This proposal requested a budget of $6,200 for 6 months, for the Decred Arabia team (@arij, @zacharya) to continue putting on events, and to produce 3 new videos about Decred. The proposal provides links to the previous content generation and event reports by the Decred Arabia team since 2018. Comments on the proposal are almost universally positive, except for a selection from @atweiden which argue against any marketing spending at length. In the course of the discussion is was also clarified that @arij and Insaf Nori of Twitter are one and the same.

Decentralized Credits: The Digitization of Money and State (Book)

This proposal set a new record for voter participation!

Recap: This proposal requested a budget of $17,500 to write a book over 8-10 months, publishing excerpts as articles along the way. The subject matter would follow on from @ammarooni’s previous research, funded through a phase 1 research proposal. Over the course of 8-10 research papers @ammarooni would explore DCR as a monetary asset and Decred as a DAO, with the material pitched at a general financial audience. The budget is composed of hourly billing ($16K) and a $1.5K payment upon publication of the book to cover associated costs. Almost all of the comments on the proposal are supportive, except for some from @atweiden, and @ammarooni even managed to turn that around!

@pavel has provided an update on the withDecred.org marketing proposal.